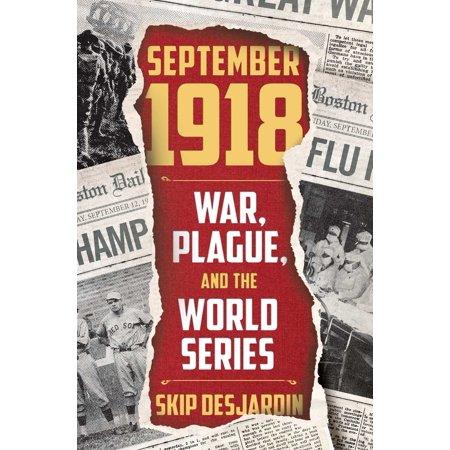 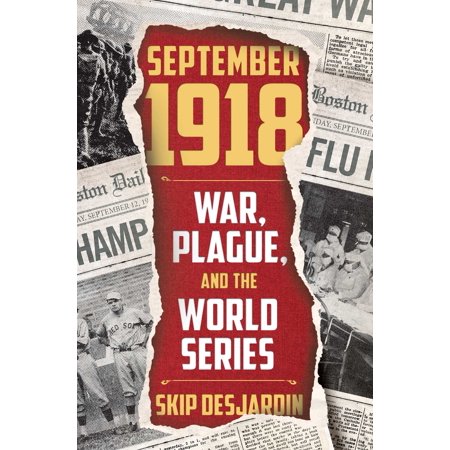 One hundred years ago, in September 1918, three things came to Boston: war, plague, and the World Series.

This is the unimaginable story of that late summer month, in which a division of Massachusetts militia volunteers led the first unified American fighting force into battle in France, turning the tide of World War I. Meanwhile the world’s deadliest pandemic—the Spanish Flu—erupted in Boston and its suburbs, bringing death on a terrifying scale first to military facilities and then to the civilian population. At precisely the same time, in a baseball season cut short on the homefront and amidst the surrounding ravages of death, a young pitcher named Babe Ruth rallied the sport’s most dominant team, the Boston Red Sox, to a World Series victory—the last World Series victory the Sox would see for 86 years.

At the same time, other stories were also unfolding: Cambridge high school football star Charlie Crowley, a college freshman teamed up with stars Curly Lambeau and George Gipp under a first-time coach named Knute Rockne; Boston suffrage leader Maud Wood Park was fighting for women’s right to vote, even as they flexed their developing political muscle; poet E.E. Cummings, an Army private found himself stationed at the center of a biological storm; and Massachusetts Senator Henry Cabot Lodge maneuvered as the constant rival of a sitting wartime president.

In the tradition of Erick Larsen's bestselling Devil in the White City, September 1918 is a haunting three-dimensional recreation of a moment in history almost too cinematic to be real.

Bio:  West Hartford resident Skip Desjardin, the author of "September 1918: War, Plague and the World Series," is a television veteran who now works for Google, where he oversees sports and local content for the company's ground-breaking new businesses - YouTube TV and Google Fiber.

Over the course of a 35-year career in the media, Desjardin has changed the way we watch television. In the 1980s he helped launch the country's first regional sports network, then pioneered the pay-per-view business in the 1990s as the head of PPV for the World Wrestling Federation in the heyday of WrestleMania. As an executive at ESPN in the 2000s, Desjardin launched the company's first digital network, its interactive TV services and the first-ever video-on-demand agreement for a basic cable network. Later, he was executive producer of the Walt Disney Company's first sponsored webisodes, for which he won three Telly Awards and was a 2008 Webby Award honoree.

A native of Maine, Desjardin holds two degrees from the University of Notre Dame.

PARKING: There is ample library event parking in the nearby Isham Garage. Please bypass the garage kiosks and come directly to the Noah Webster Library Meeting Room, 20 South Main Street, where you may validate your parking with your license plate number.