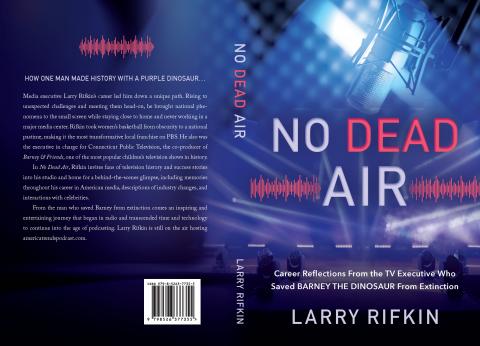 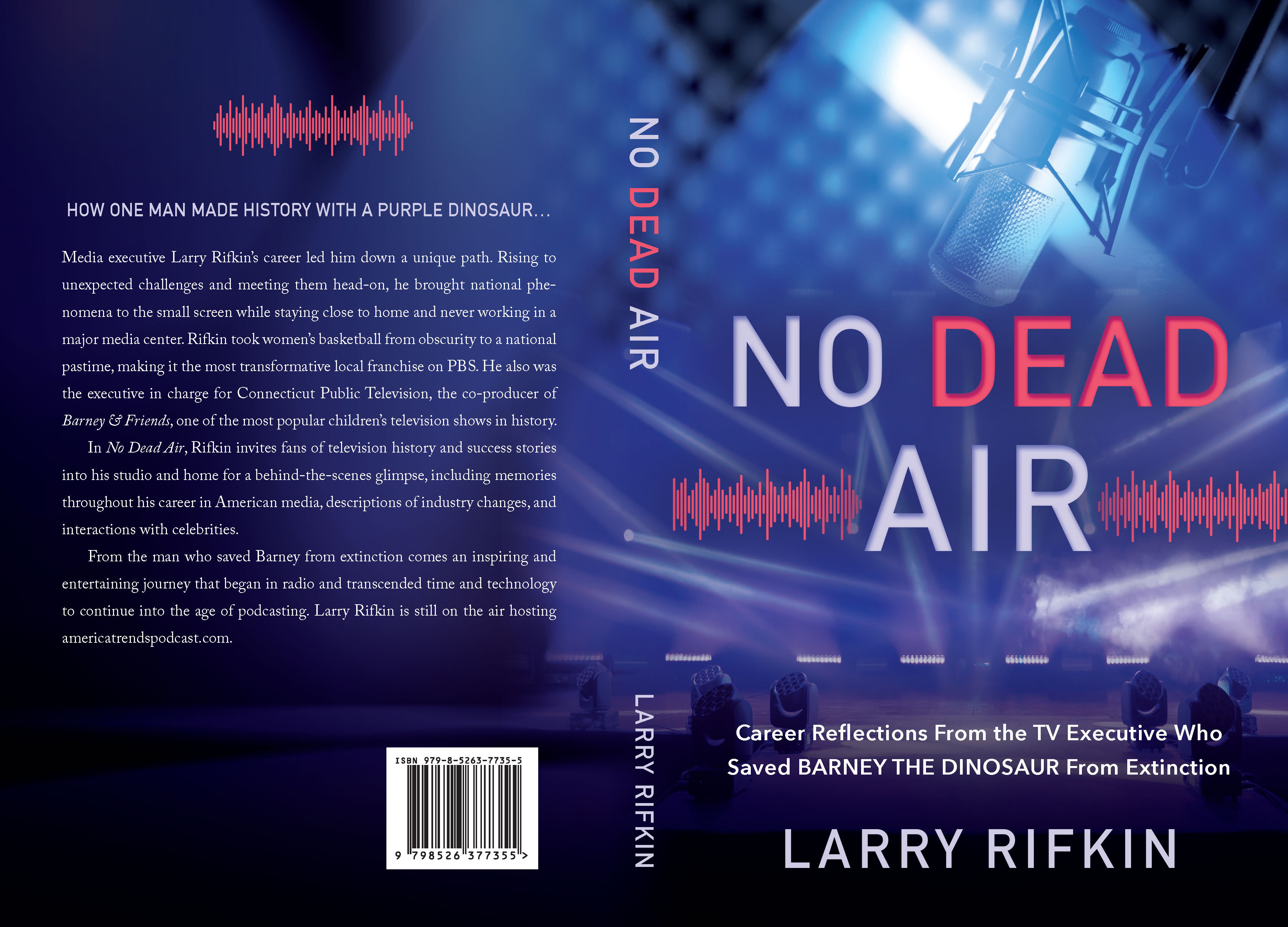 Larry Rifkin’s career in Connecticut broadcasting spans five decades and includes varied roles including television programming executive, radio personality and now podcaster. Best known for his nearly thirty years as programming chief for Connecticut Public Television, Rifkin was inducted into the Boston/New England Silver Circle in 2006 by the region’s chapter of NATAS, the organization that awards Emmys, in recognition of lifetime achievement in the industry.

In his new book, ‘No Dead Air’, Rifkin reflects on an improbable career that spawned two groundbreaking hits, ‘Barney & Friends’ and ‘UConn Women’s Basketball’.  Each of these properties provided the impetus for changes in the industry. The first led to much more pre-school programming on television and the other catapulted women’s sports on the small screen. While national programming solidified Rifkin’s reputation as a rainmaker, his career and much of the book portray a man committed to enriching audiences in his home state of Connecticut.  His story is a testament to the fact that his career in public television gave him the opportunity to stay at home and yet have a national impact.

His professional memoir describes the role that his father, Wally King, a radio station manager, and the city of Waterbury, where he grew up, had on his career. His father, a Brooklyn native, came to Waterbury as program director of WATR 1320 in the 1950s and he managed WWCO 1240, Waterbury’s rock station, in an exciting period in the 1960s.  His invisible hand seemed to guide Rifkin’s career even after his death at the age of 47 in 1971. Rifkin describes his initial reluctance to follow in his father’s footsteps but later how he embraced the genetic calling. Calling himself a ‘radio brat’ as a child, he pursued other work in the communications field, including public relations, speechwriting, and fundraising, before devoting himself full-time to television and radio.

Rifkin, comfortable on the air and as an executive, describes what motivated him even as his most recognized achievement to national audiences, ‘Barney & Friends’, was threatened with cancellation just as it premiered on PBS in April 1992. Thus the subtitle of the book, ‘Career Reflections from the TV Executive Who Saved Barney the Dinosaur from Extinction’.

He lives with his wife, Carmelita, in Prospect, and pays homage in the book to her many gifts which allowed him to pursue his career. His son, Wade, lives in Brooklyn, New York, wife his wife, Whitney, and their baby daughter, Zoey Dana, and their daughter Leora, the girl responsible for the discovery of Barney, in the first place, lives in Boston and is engaged to Peter Edouard.

The book is distributed through Kindle Direct Publishing and available on Amazon as a paperback or e-book.