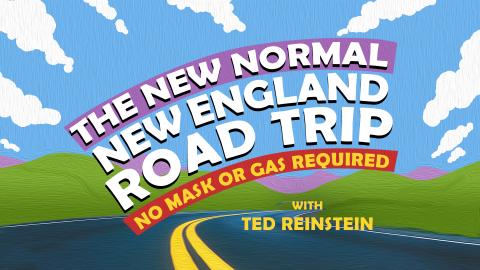 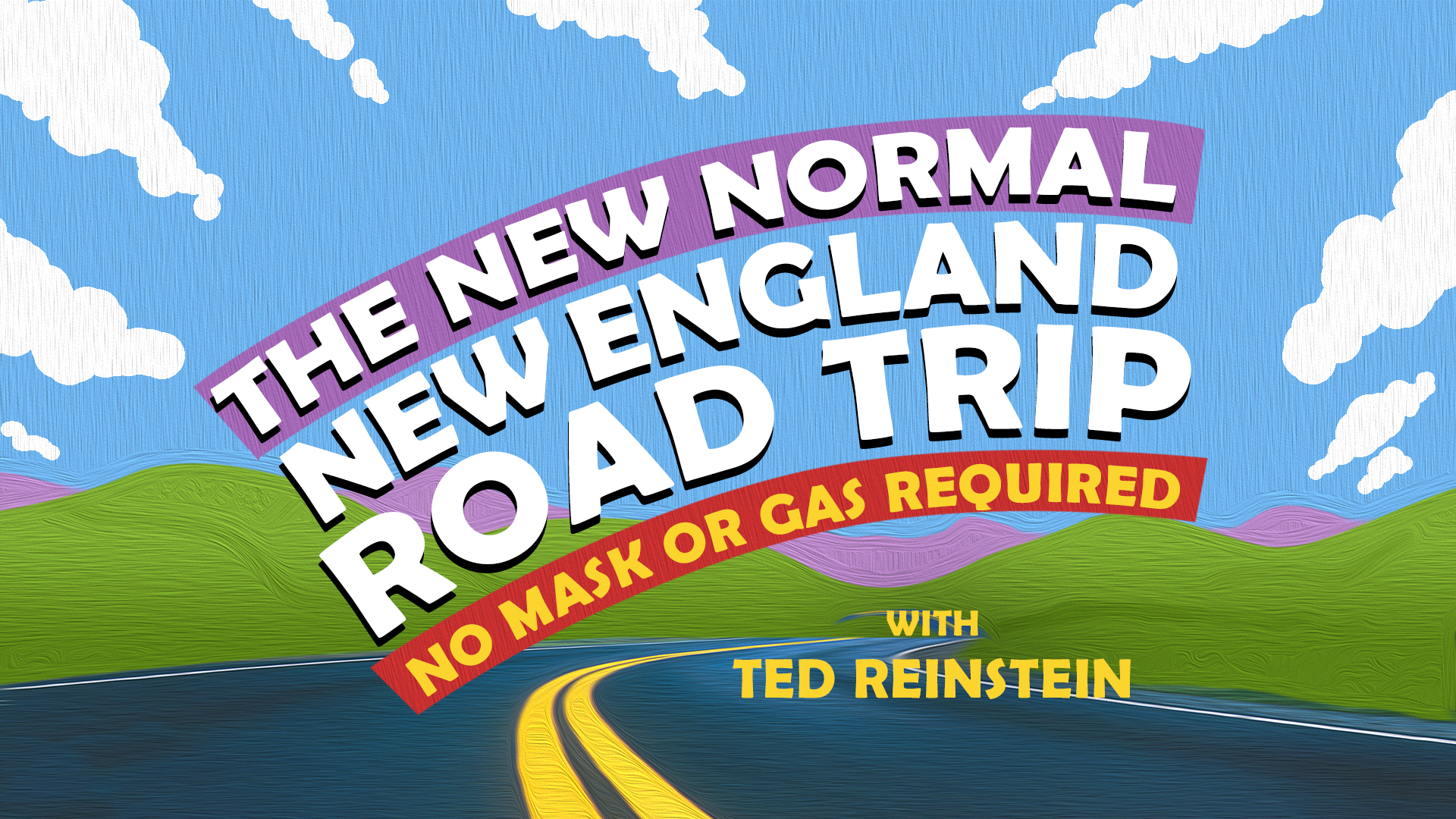 During a challenging time when most people are limiting their travel, this talk takes folks along on a rollicking ride around New England—all in just one hour, and all from the comfort of their own home. Author of three books about New England and longtime “Chronicle” reporter Ted Reinstein is your tour guide as you go from Maine to Rhode Island, Mt. Washington to Mt. Mansfield, and Berkshire foliage to Fenway Park. But Ted’s 20-plus years of reporting and telling stories from all over New England means this is not your average bus tour. Prepare to meet colorful characters who’ve done the darndest things, learn odd facts about familiar places, and of course—this being a Ted talk—expect to visit at least a few fabulous classic diners. (Spoiler alert: Ted reveals where to find THE best clam chowdah in America—and it’s right here in New England!)
Ted will take questions following the talk.

Since 1995, Ted Reinstein has been a reporter for Boston’s WCVB-TV’s “Chronicle,” the nation’s longest-running locally-produced nightly-newsmagazine. He also provides reports and commentary on Sunday mornings for the station’s political roundtable show, “On The Record.” Ted has been a member of the WCVB editorial board since 2010.

Elsewhere on television, Ted hosted the premiere season of the Discovery Channel's “Popular Mechanics” show, and hosted a special on America’s lighthouses for HGTV. For the Travel Channel's photo/adventure series, “FreezeFrame,” he explored Hawaii's volcanoes, the caves of Puerto Rico, and the South Pacific islands of Tahiti. In 2002, he was part of a Chronicle team that received a prestigious National DuPont-Columbia Broadcast Journalism Award for Chronicle’s coverage of Boston’s Big Dig project. In 2010, he was one of five national finalists in the Washington Post’s “Great American Pundit” opinion-writing Competition. In 2018, he received an Emmy Award for his story on the “Good Night Lights” phenomenon in Providence, Rhode Island.

His first book, New England Notebook: One Reporter, Six States, Uncommon Stories, was released in May, 2013 by Globe-Pequot Press. The book recounts many of Ted’s favorite people and stories from his travels all around New England. National Geographic Traveler named it one of its “Best Picks.,” In April, 2016, Globe Pequot Press released Ted’s second book, Wicked Pissed: New England’s Most Famous Feuds. His most recent book, written in collaboration with his wife, Anne-Marie, is New England’s General Stores: Exploring an American Classic. He is currently at work on
a new book about unsung heroes in the battle to break baseball’s color barrier.

Ted is a native of Winthrop, Massachusetts, and lives just west of Boston with his wife and two daughters.