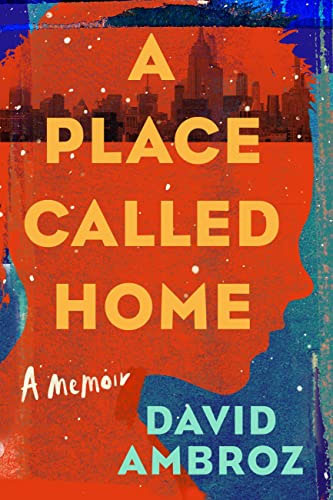 Thirty years ago, David Ambroz was a homeless, malnourished child being removed from his mentally ill mother’s custody after years of neglect and abuse.

A Place Called Home, forthcoming from Hachette, is a gut-wrenching personal account of Ambroz’s early life of poverty and homelessness. Ambroz endured begging, bathing in public restrooms, and foster care, where he endured physical, sexual, and emotional abuse, all of which were compounded because of his sexuality.

​The book is also an against-all-odds success story—David made it out, went abroad, earned a life-changing scholarship to Vassar College, and went on to graduate from UCLA School of Law. He co-founded FosterMore.org, an organization that brings together the entertainment industry, foundations, nonprofits, and businesses to raise money for and awareness of the needs of foster children.

David Ambroz is a national poverty and child welfare expert and advocate. He was recognized by President Obama as an American Champion of Change. Currently serving as the Head of Community Engagement (West) for Amazon, Ambroz previously led Corporate Social Responsibility for Walt Disney Television, and has served as president of the Los Angeles City Planning Commission as well as a California Child Welfare Council member.

After growing up homeless and then in foster care, he graduated from Vassar College and later earned his J.D. from UCLA School of Law. He is a foster dad and lives in Los Angeles, CA.